Bill Griffith: Recollective is a solo exhibition by ceramic artist and longtime Arrowmont staff visionary Bill Griffith. This exhibit is in conjunction with Arrowmont’s Utilitarian Clay VII: Celebrate the Object National Symposium (September 21-24, 2016), a gathering of leading practitioners in the field which Bill initiated in 1992.

Bill Griffith: Recollective showcases ceramic work produced during his 27-year tenure as the Assistant Director and Program Director of Arrowmont School of Arts and Crafts. Among his many contributions to the school, he established the Artists-in-Residence Program in 1991, which recently celebrated its 25th anniversary. As an outgrowth of the Residency Program, he also established ArtReach – an annual program that has provided hands-on art instruction to more than 25,000 Sevier County students. Bill currently serves as Arrowmont’s Outreach and Partnership Liaison.

Griffith received a BS in Art Education from Indiana State University and an MA in Art Education/Ceramics from Miami University, Ohio. He participated in the initial International Workshop for Ceramic Art in Tokoname, Japan and is a recipient of an Individual Artists Fellowship awarded by the Tennessee Arts Commission.

A closing reception honoring Bill Griffith will be held on Thursday, September 29 from 5-7pm. 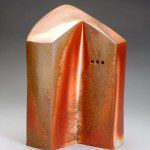